Jesus was public figure who did and said many extraordinary things that made him famous in his time.

Eyewitnesses have recorded these events and preserved them for us in the Bible so that we can know with certainty who Jesus is, what he taught and how we can respond to him.

The Bible tells us that Jesus is …

The Bible tells us a lot about what Jesus did as he travelled from place to place.

What stands out are his miracles as he healed the sick, controlled nature and even raised people from the dead.

The important thing about these miracles is what they mean. According to Jesus, these miracles were to show people that ‘the kingdom of God has come.’

In Jesus’ day the Kingdom of God was seen as the time when God would deal with all that was wrong with the world. He would come and undo sickness, overthrow evil and prove himself to be the King over his creation. Jesus showed by his miracles that this time was near.

Jesus’ miracles demonstrated his compassion and care for us and pointed to the day in which we would experience fullness of life in him and an end to all evil and suffering. But Jesus did much more than perform miracles.

Jesus was also a famous teacher

All the people, the Jewish leaders and teachers of the law were amazed at the authority with which he taught about God. Even today many of his teachings are part of our culture: ‘Turn the other cheek,’ ‘Do to others what you would have them do to you’, and many others.

According to Jesus, God’s way of living is summed up by these two simple commands; to love your Maker and to love your neighbour.

Yet in making this statement, Jesus is showing us how we fail even this simple test of living God’s way. None of us has loved God or our neighbours to the extent that Jesus describes.

God holds us responsible for our failure. Jesus teaches about a time in the future when we will all have to come before God in judgement and face the consequences for the way we have lived. This is a serious business, yet he also showed us the way out.

Christ’s extraordinary life as teacher and healer ended abruptly and in apparent failure when he was crucified on a Roman cross.

He was crucified because he was seen as a political troublemaker and a blasphemer (as he claimed to be the Son of God.)

But far from being a failure, Jesus death was the fulfilment of his role in God’s Kingdom.

On the eve of his execution, as he shared a final meal with his followers, he spoke of his imminent death as a sacrifice that would secure God’s forgiveness. As he passed a cup of wine around, He said “This is my blood which is poured out for many for the forgiveness of sins”.

Within hours, Jesus’ blood was indeed poured out. He offered himself as a substitute for all of us who deserve God’s judgement. We who failed to live up to God’s standard can now be forgiven and saved. The teacher and healer is also our Saviour. But he didn’t stay dead for long…

The extraordinary claim of the New Testament is that Jesus did not remain dead but was raised to life by God.

Three days after his execution, his tomb was found to be empty. Over the next few weeks many ate with Jesus. Dozens spoke with him. Hundreds saw him. Jesus the King could not be contained by death. He had risen!

Jesus was not simply a great Jewish teacher or healer. His sacrificial death and resurrection marks him out as unique. Because of his love for us, Jesus willingly died in our place to save us and invite us into his kingdom. So God raised him to life again and made Him the Lord of heaven and earth – the King, the boss, the one who is truly in charge.

The strong connection between Jesus’ resurrection and lordship is at the heart of the Christian faith. The New Testament says “If you confess with your mouth, ‘Jesus is Lord’, and believe in your heart that God raised him from the dead, you will be saved”.

More than a teacher, or a healer, or even a saviour who died to save us from judgement, Jesus is the divinely appointed Lord. By defeating death, Jesus proved he was exactly who he claimed to be all along – the Son of God himself, entering the world as a human being. Heartfelt acceptance of this reality is the guarantee of God’s salvation and the beginning of the Christian life.

Jesus’ life and the claims he made about himself were so extraordinary that they demand a response from us one way or another. We can either dismiss him as a liar or a lunatic, or we can choose to believe he is who he says he is and worship him as Lord. 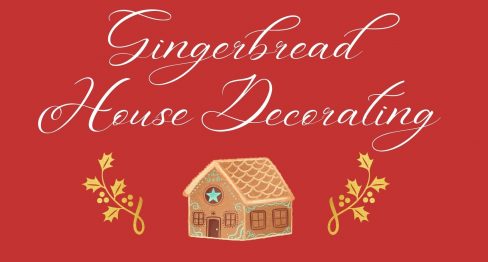