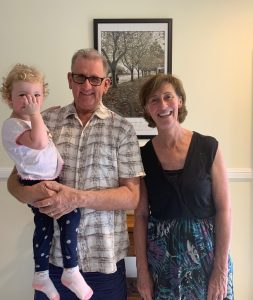 Geoff grew up in Wollongong, and attended St Michael’s Anglican church in his boyhood and teenage years. It was here he found the Lord and began ministry in his teens as a youth leader. He even attended a choir meeting as they sought new members. Regrettably, there was no opportunity presented to visit the choir again.

He studied at Wollongong Teacher’s College and began teaching at Mt Druitt. Here he found his wife Beth. They married, and in 1987 he left teaching to attend Moore College.

They have three children – Daniel, Anne & Lukas who are now all married. His three grandchildren are far more than just a delight to him.

Geoff spends his spare time with his family, as it ever grows. When possible he loves to get out in the bush doing road trips with Beth, or riding his motorbike.

While Geoff is no wordsmith he still enjoys writing and publishes brief devotions called SoulSnacks. They can be found at his website, www.soulsupply.com, or freely subscribed to from the site.

His favourite verse is Psalm 116:7 – “be at rest O my soul for The Lord has been good to me”.  His favourite quote is – “The giant before you is not greater than the God behind you”. 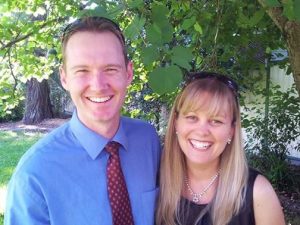 Steve is married to Elyssa and has three energetic daughters. Steve has been at Eagle Vale Anglican Church since 2013. After finishing school, he worked in various warehousing and sports related jobs. He completed a degree in Sports and Exercise Science in 2001. Steve then spent approximately 15 years working as an Exercise Physiologist in the Workers’ Compensation Industry. Steve enjoys keeping fit, karate and watching movies (particularly superhero and Star Wars movies!).

Steve came to believe in Jesus Christ as his Lord and Saviour when he was in his early twenties and loves teaching people about the love and power of the Lord Jesus to change lives. Steve’s desire to teach people about the Lord Jesus has seen him attend Moore Theological College and has completed a Bachelor of Theology. Steve is employed by Eagle Vale Anglican Church as an Assistant Pastor and wants the name of Christ proclaimed in the parish of Eagle Vale.